Cloud Based Education: Presentation by Teachers 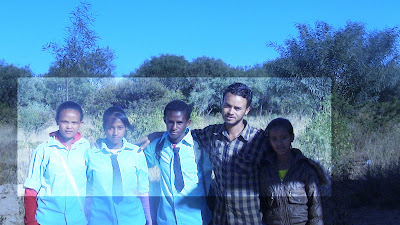 Today we had a presentation program by teachers who have attended a workshop about Cloud Based Educational System in a Local School called "Mai-Nefhi Seconday School". The teachers had taken the course under the title 'Designing a 21st Century Classroom' using an advanced E-learning and collaboration system and other educational applications. An open Stage was given to attendants to present their capability on the usage of the new system. Mr. Franco a Mathematics Teacher who was the first presenter in today's Session was one of the teachers who have exploited the functionality of the technology brought to the new Computer laboratory of the School. In his presentation he has shown his well designed online course, which was enriched by visual images that demonstrate 3D graphs,complex Polynomial Function and assessment methods. In his words Mr. Franco: 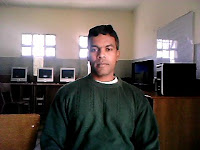 E-learning system has several advantages. It is the combination of audio, visual education by which the senses gain more information than the traditional teaching method. generally the amount of information taken is higher if it is received simultaneously in two modalities that is vision and hearing rather than in single modality. It can facilitate perception of the most important features with in a short period of Time. which can not be easily explained by theory such us the three dimensional objects, translation of functions and polynomial graphs. It also develop the students interest in the learning process. furthermore learning is enhanced when material is organized.

The Next Presenter was Mr. Hagos, Physics Teacher in the school presented his online course to the audience. In his presentation, we were able to see and integrated lesson with text, Images and small video clip about Refraction of Light. In his understanding about the new system of teaching using the Cloud Based Education, he mentioned that such system will help the teacher to reflect his lessons to the students with equal opportunity and with less effort.

The presentation was impressive. Yet there will be another eight presentation sessions. This is a big transition to see teacher move from the traditional way of teaching to the modern 21st century model of education in short period of time.
EriCloud Educational will prepare a case study in such migration soon.